An ode to My Travel 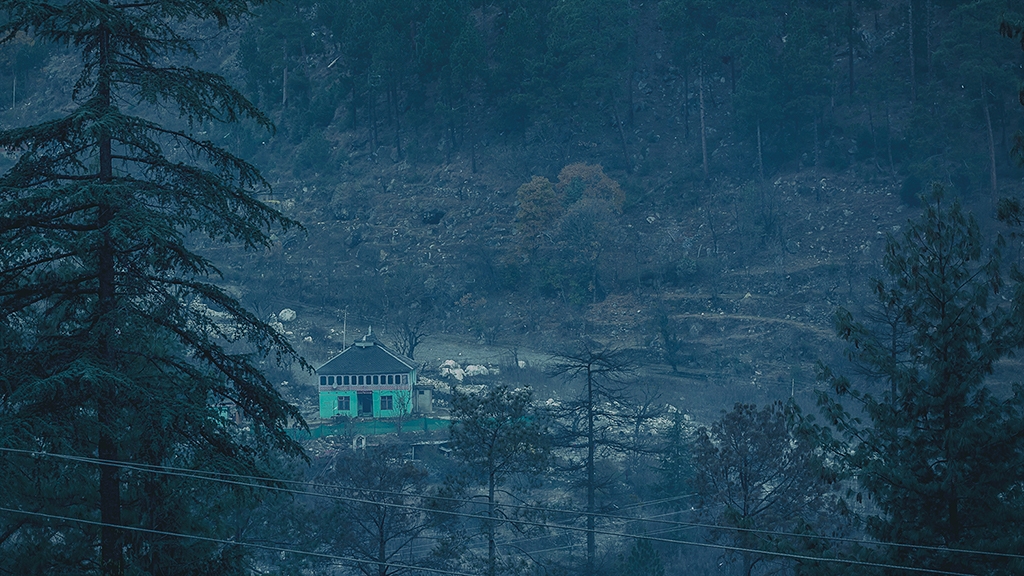 when every detail of our life is planned and regulated,and every fraction of time determined before hand, then the last trace of our boundless and timeless being, in which the freedom of our soul exists , will be suffocated.

The Nature of the Highlands-Lama Anagarika Govinda

Before you start reading this one, I would request you to take a read on the first part of my journey here. and If you are lazy enough to not read that then

Till now :- we have reached from delhi to manali and after visiting the local market, maa hidimba temple, sage vashisht ashram and the very relaxing hot springs; we went to solang valley to see the snow next morning. That afternoon, after returning we boarded a bus from manali via bhuntar to reach kasol and after that.

From Manali,we catched a bus via bhuntar to reach kasol. The crowd was going crazy at bhuntar bus stop. So many people were waiting for buses but somehow the frequency was less. After standing for half an hour, a bus came and it was get attacked as if some monkeys are attacking a devotee having banana as offering. A bit of push, some elbow kick and finally we got a seat with our luggage where only half of my bum was allocated the comfort of a cushion. Bus was heavily crowded with locals who were going back to their home. The locals made fun of us and sometimes get angry with us for creating this “tourist” crowd in that small us . Nevertheless, it helped me in enjoying the journey till I reached to Drishyawali Home Stay(9857302933) .

which was before kasol around in evening and as I was tired so much and didn’t want to roam and check different hotel so we decided to stay in this one and pass the night over here only.

The view from the guest house was breathtaking and they had such nice cozy rooms overlooking parvati river and kasol valley. There was a little bit of leftover snow residing near to parvati river waiting to get melted and be one with the flowing water and the sound of it was heavenly.

It was quite cold that night. We had to consult the wise monk to fight that dropping mercury level and eventually we asked for a room heater. Next morning I woke up early around 7:30 am and I tried capturing the beautiful valley, smoke rising from small houses and sunlight reaching the depth of valley slowly slowly. I tried recording through my go pro and it didn’t work. Somehow i think, i got a bad batch of go pro hero 6. It records and then it gets stuck and when i play it in computer , it just plays my voice back to me with no video.

Anyway, thanks to our generous host at drishtawali, we had sumptuous breakfast and then we packed up and left for our next stay in old kasol. and why he as generous, well he gave us a free drop and good knowledge about kasol and near by village with a background music of famous pahadi songs to our next stay.

So here is the thing , from manali , you get a bus to bhuntar and from Bhuntar, the private bus drops you at makeshift bus stop in kasol market just after Kasol bridge which separates old and new kasol.

and There are multiple hotels,hostels and homestays available in Kasol and some of them are situated on the side of parvati valley. A cup of tea and good company of friends are perfect to create a moment. And don’t forget to taste the sweetness out of those german bakery from the local market. They are delicious, at least some of those.

You know, It is like you never miss parvati river when you are in kasol. Every building has parvati river in line of sight and it makes a person like me ecstatic because I love water bodies. Anyway we reached to our next cozy stay ” Thakur Cottage Homestay” and there we were greeted by this cute owner named TIGER. Tiger was a good boy. This good boy was furry , cute and huge. We got bonded very soon as you can see in the pic( how well he is ignoring me). Though I treated him in night with chicken biryani which he cherished for sure. He was like a shadow that night accompanying me till my toilet breaks

Anyway, coming back to the time when we reached this stay, we freshened up and started our walk for manikaran. Manikaran is around 3-4 km away from Kasol and it is a good beautiful a bit uphill walk. Although you will find this breathtaking view also at two place in this stretch.

It was kind of heart-wrenching to see such pile of trash in this beautiful valley. This place is even tagged as the dumping ground in google maps. Anyway I heard that they take this trash back to manali for processing. Nevertheless, I hope state government someday will do something about this in more permanent way and I hoped it doesn’t become a trash mountain.

“Chaiiiii“, and with this sound my thought chain broke from that pile of trash to this small shanty tea point which made Netra ( my trip partner) elated. Although the tea wasn’t that great so she had nothing except sheer disappointment and with that disappointment we moved forward. Sometimes it hurts more than breakup to be a tea person

Though her disappointment didn’t stayed with her for much long. Mountains dogs came to her rescue and healed her back to normal. There are two things constant to mountains at any place in India which are maggi and dogs.

Anyway tiptoeing , we finally reached to manikaran and there it was, the famous lord shiva statue covered under vapors from the hot water springs and blessing us. Truth to be told , this sight was coming in my dreams since last one month and when I saw this , i felt like it was a calling to me.

This place is a piligrimage for both hindu and sikh religion. Both religion have their own originating stories. Sikh religion followers believe that Guru nanak dev ( their first guru) came here and when one of his disciple , Mardana, couldn’t find fire to cook bread from the grains given by fellow villagers, guru nanak dev asked him to lift a stone and from their hot water springs came up.

Those hot springs have continued till date and the langar ( some part of this holy food) served in Manikaran sahab gurudwara is cooked in this hot water only. They have two hot water kunds also in there which they say is good for your body ache. and guess what even we took the dip in hot water springs and felt quite refreshed.

Legend has it that once Lord Shiva and his divine consort Parvati were wandering in this sublime environment. Shiva liked the place and started meditating. Meanwhile, Parvati started taking a bath in the blue waters. While she was playing in the water she lost a jewel from her ear ring her earring. Shiva was enraged when he could not get find the jewel in the water and started doing Tandav, his dance of destruction. The atmosphere grew tense and Shiva threatened a large serpent swimming in the swirling waters as he figured he had stolen the beautiful jewel from Parvati’s ear ring. (As you may know serpents and dragons are often depicted in Tibetan art holding a jewel in their mouth.) However the serpent gladly fished the jewel out from the waters. Thus the river came to be known as Parvati and the place was called Mani (jewel) Karan (ear )

It was such a divine feeling to roam around in Manikaran. Initially we had further plans to go up till tosh but time wasn’t in our favor so after having that sumptuous langar and enjoying the beautiful manikarn , we started our return journey back to our home-stay. We came back to kasol bus stop and had our dinner in local restaurants . Netra had hot chocolate from this nearby shop from bus stand who told us that we can get an early morning bus of 8 o’clock who will directly drop us to manali.

Kasol has some beautiful cafes and that coffee which Netra had earlier evening, was blessing in disguise for that freezing cold next morning when we came to bus stop to board the bus.

We hopped on the private bus and it was a comfortable ride as we avoided the rush of customers because of morning hour. They charged us some 70 bus to reach manali from kasol from where we awaited to board our private volvo. The wait of 3-4 hours could have been pretty boring if I wouldn’t have this view at my disposal

This was my second trip to himachal pradesh so far. Though it was quite short but It was beautiful , I had fun. I was at peace for some moments. I was happy.

Here is a short vlog of my journey . Let me know how do you find it. Share it if you like it and comment if you want to know anything 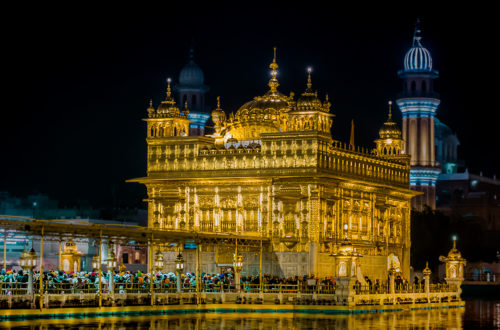 A trip to Amritsar – Golden Temple 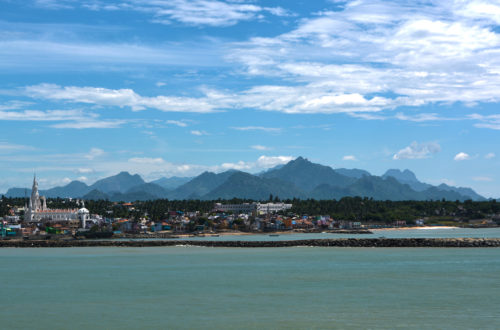 A weekend trip to Kanyakumari 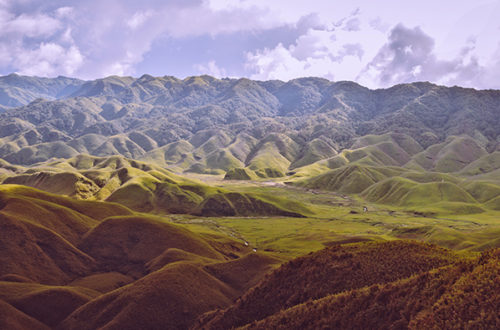 Some of the Viral Bunch

I just wrote these

Take a look here too